It is controlled by smart device App. 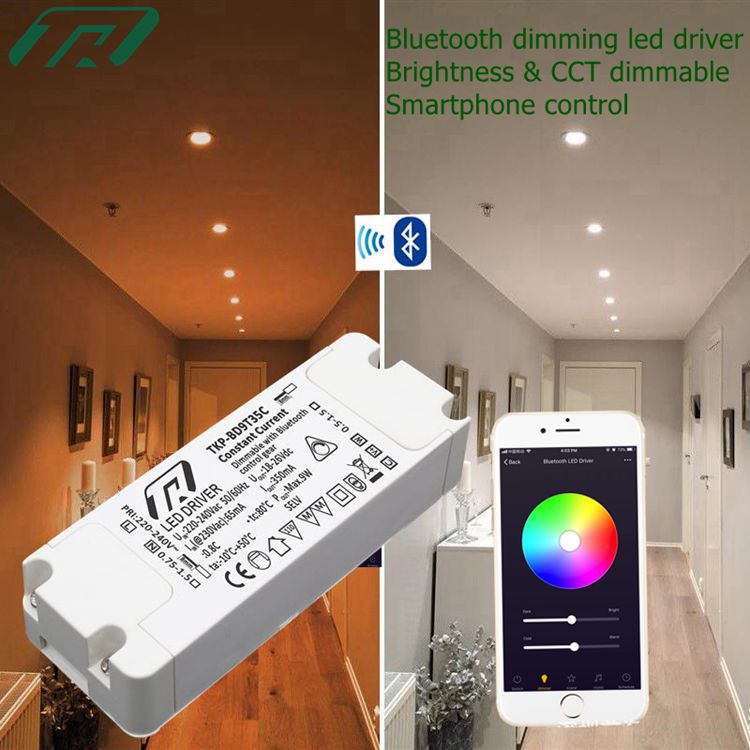 *Design acc. to EN and Australia LVD and EMC Standards;

APP Control Interface is mainly divided into two parts -- Rooms & Devices. Each Group will be independently controlled as well as single device operation, can only control the single unit.

3. All controlled groups can be hidden up or spread by click on the group title.

1. Press On / Off key to control the Group Manage page.

2. Click one group, you can see the Manage function to enter the Group Manage Interface, then rename, Select the Group Icon such as Restaurant, Bedroom, Livingroom, etc. You can also select the current devices to this group.

3. Click “Control” key, to adjust CCT and brightness of each group.